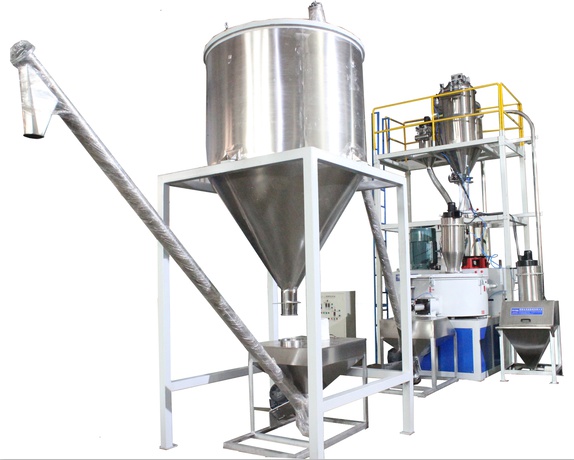 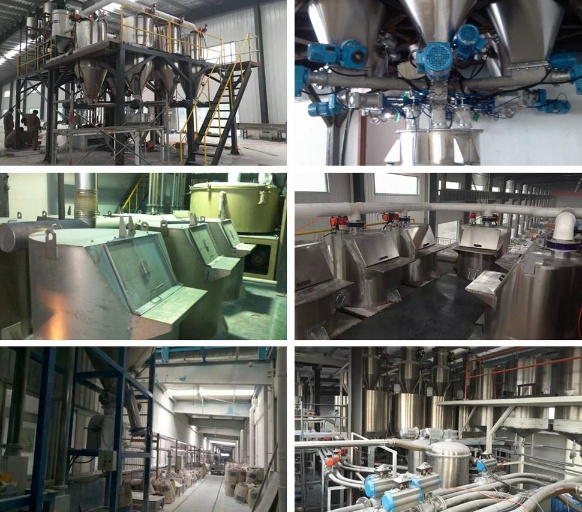 Ask for details by WhatsApp

Traditional mixing work is that people weigh and batching material, than move the mixed materials to extruder by people, this old way just fit for some small factory, and has many defects:

1. Artificial mixing is easy to make a mistake, because this is a repetition work, so worker is tired easily. The product percent of pass may be affected.

In order to salve these problems, our company design a PVC mixing system which the computer can automatic control weigh and batching, and feeding to extruder. This mixing system consist of automatic weighing, after weighing put the material in to the mixer unit, than use the air-operation pipeline transport the mixed material to extruder.

The advantage of PVC mixing system:

1. Automatic weighing controlled by computer, that improves the accuracy and efficiency of burdening, and reduces the chemical damage to worker.

2. The air-operation pipeline transportation reduces the cost of worker, and increase the production efficiency, and all the material is in the closed pipe, so avoided dust to pollute the factory.

No reviews yet.
Back to all items

Sign up and you will be the first to know the latest news, insider-only info, and more.